Every few years, we’re invited to form a reverent circle and welcome a new singer-songwriter-genius into our mortal midst, a prophetic and one-of-a-kind voice invariably held up as the greatest thing since Bob Dylan went electric. These men – because they are always men – are often of a particular type; chiselled and handsome, but sensitively soul-bearing, fragile but forthright, emotionally articulate, enigmatic, even angelic – messed up, but in just the right way. The likes of Jeff Buckley, Elliot Smith, Ryan Adams, Bon Iver’s Justin Vernon, Josh Tillman (AKA Father John Misty) and most recently Benjamin Clementine have all self-consciously been anointed for a round of this reputation making-or-breaking ritualised worship.

Around the turn of the millennium, it was Rufus Wainwright’s time to stand in the prophetic halo, duly announced as The Second Coming variously by Elton John, Neil Tennant, Michael Stipe and Martin Scorsese, who once described Wainwright as a “one-man Greek chorus”.

Predictably in the quick-buck, hot-hype world of popular music, no talent can live up to such superhuman hyperbole – after the Mercury Prize-winning hoo-ha of his debut At Least For Now, Clementine’s recent second album I Tell a Fly was met with snatches of disbelief and deflation. But just sometimes, the singer lives up to the song; we will never know what music Buckley might have made had he lived to produce more than a single studio album, but the arc of Wainwright’s creative career goes some way to justifying the monumental divination.

Crucially, his music passes the legacy act acid test – in that it sounds like nobody else’s on earth. Wainwright’s croon is instantly identifiable – two parts swooning operatic tenor, to one part fey, vaudeville entertainer, with a smidge of nasally rock sneer to pepper the rich, creamy broth. And blessed with a poet’s gift for wit and rhyme, Wainwright’s lyrics are the kind you remember on a single listen – biting, bare, funny, relatable yet self-referential to the hilt; the kind of stark confessionals that would sound tritely naval-gazing if they didn’t come packaged in such pretty musical boxes.

And what audio furnishing – shiny surfaces smooth over these raw emotions, with window dressings of both melodrama and whimsy. Wainwright’s preference for lush, multi-tracked vocal choruses and overblown strings could so easily provoke cliché or ridicule, yet most often summons a sumptuous softness, a warm-blanketed embrace quite distinct from your typical troubadour with a guitar. In Wainwright’s case, the term singer-songwriter, with all its associations and connotations, doesn’t feel quite right. As likely to find space for a harp as a tabla, his music is invariably, inadequately described as “baroque pop”, or else the uglier term “popopera”. 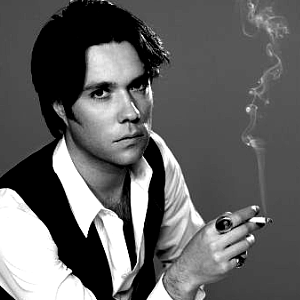 The Buckley comparisons are fitfully fitting; mutually blessed with famous fathers and octave-jumping vocal aptitudes, the pair met several times, and following the former’s death in 1997, Wainwright penned tribute Memphis Skyline and took to covering Buckley’s signature workout, Leonard Cohen’s Hallelujah. In 2011, he also fathered a child with the daughter of that song’s composer, Lorca Cohen, in an arranged parenting partnership designed to forge a deliberate “bond between these two Montreal [songwriting] dynasties”.

Because Wainwright’s early renown was fuelled with a hearty, healthy side of familial association – the dream of any A&R man. We are rarely allowed to forget that Wainwright is the son of lauded folk singers Loudon Wainwright III and Kate McGarrigle, nor that his younger sister grew up to be the celebrated Martha Wainwright. The fact he was immortalised in song by both parents while still a toddler – his father’s crude Rufus is a Tit-Man contrasting pointedly with his mother’s touching First Born – must have played havoc with an adolescent ego.

This pair of songs helped define a family tradition for airing dirty laundry in song, beginning a rarely pretty inter-generational public discourse between the four songwriters. Rufus’s most memorable contribution targeted the absent father with Dinner at Eight, which opens with the catchy couplet: “I’m going to take you down with one little stone / I’m going to break you down and see what you’re worth”.

Any serious student of the nature/nurture debate should surely take time out to look at the celebrity offspring of name musicians. It must be the most quixotic gift and curse to be the son or daughter of a recognised original talent, and then discover growing up you too have something to say, and your own voice to say it in.

At once, doors may be flung wide open for the heir apparent, but the looming shadow of association is rarely outlived. Again, Buckley first got noticed singing at a tribute concert to his late father, Tim. Mark Ronson regularly needs to point out to journalists that his stepdad being in Foreigner did little to help him break into New York’s hip-hop scene, where his career began as a DJ. Enrique Iglesias and father Julio are said to have been at loggerheads for decades.

The greater the parental renown, the deeper and darker the shadow cast. Despite often respectable, occasionally remarkable music from the sons of John Lennon (Sean, Julian), Bob Marley (Ziggy, Damien, Stephen, Ky-Mani) and Bob Dylan (Jakob), the careers of each have been doomed to the fate of a spin-off side-show – like the awful Joey sitcom which rose from the ashes of Friends.

If 44-year-old Wainwright doesn’t suffer his own multiple shadows so acutely, it is precisely because he emerged more relevant than his relatively niche, but deeply lauded parents. But their influence was pivotal in his musical development – like Martha, Wainwright was onstage with his mother from his early teens. While distant Dad left when he was three – prompting a move from New York to Toronto – it was Loudon who handed Rufus’s first demos to friend Van Dyke Parks, sparking a chain reaction which saw Wainwright swiftly snapped up with a lucrative recording deal from Dreamworks, funding two years of sessions towards a debut album – recording a reported 56 songs at an expense of $700,000 [Dh2.6 million], in the studio next to The Rolling Stones.

That self-titled 1998 release, and its follow-up Poses (2001), attracted near-unanimously glowing reviews, establishing Wainwright as an industry darling and fuelling a hedonistic Manhattan lifestyle which wound up with the songwriter temporarily losing his eyesight from sustained drug abuse. But neither release troubled the charts. “I could be a great star,” intoned Wainwright wearily on Poses’s Shadows, “still I’m far from happy.”

After moving in with Daddy, and seeking life coaching from friend Elton John, Wainwright emerged from rehab with the lush, ornate orchestral masterpieces Want One (2003) and Want Two (2004), which clinically, at times absurdly, mined the preceding years’ emotional turmoil for song-writing gold, and both proved to his peers Wainwright was made to last – and sold actual records to the general public. A commercial peak was reached with 2007’s lushly romantic Release the Stars.

His stature secure, Wainwright has exploited his fame, precociousness and prodigious talent alike to steadily expand artistic horizons. In 2005 he provided music for Matthew Neenan’s ballet 11:11, and a year later paid tribute to hero Judy Garland by outrageously and virtuously performing the entirety of the icon’s classic 1961 Carnegie Hall performance at the same venue. The resulting live recording, Rufus Does Judy at Carnegie Hall, attracted a Grammy nomination and approval of Garland’s daughter Lorna Luft.

Wainwright later realised the teenage dream of penning his first opera Prima Donna – with a libretto in French – which debuted at the Manchester International Festival in 2009 to reviews which were “50 percent bad…  30 percent great… and 20 percent hopeful”, to quote the singer. He arrived at the premiere dressed as Verdi, his favourite composer – complete with cane and top hat – while his husband, the arts director Jörn Weisbrodt, was dressed as Puccini. His second opera Hadrian, inspired by Marguerite Yourcenar’s 1952 novel about the Roman emperor Mémoires d’Hadrien, is set to debut at Toronto’s Four Seasons Centre on October 13.

Wainwright’s pop song-writing oeuvre meanwhile has been further bolstered by the brilliant, starkly stripped-back song cycle All Days are Nights: Songs for Lulu (2009) and the notably poppier, glammier Ronson-produced Back in the Game (2012).

To mark the 400th anniversary of William Shakespeare death last year, Wainwright put a collection of The Bard’s sonnets to music, calling in a host of celebrity pals from the worlds of rock (Florence Welch), opera (Anna Prohaska), theatre (Siân Phillips, Christopher Nell) and science fiction (William Shatner, Carrie Fisher) to read or sing them. While a hodgepodge of sound and sentiment alike, the resulting release, Take All My Loves; 9 Shakespeare Sonnets, was quintessentially Wainwright – audaciously ambitious, erudite, intimate and fearlessly, unflinchingly, original.

Check my full review of Take All My Loves; 9 Shakespeare Sonnets for The National here.